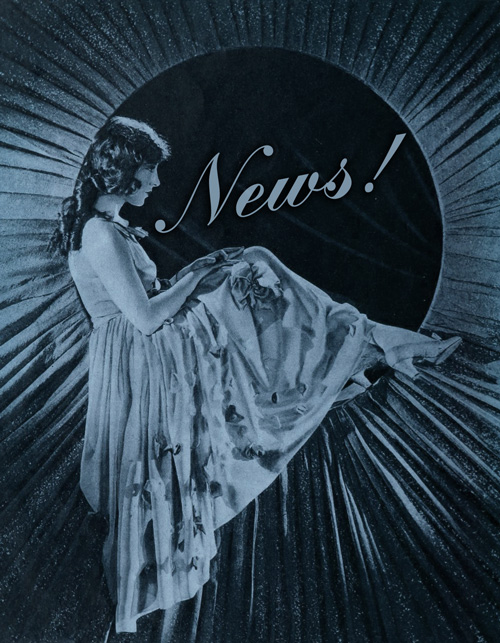 I am very excited to announce a new feature for the site: After the Silents.

What is it? It will involve brief reviews covering sound movies that feature silent era performers and directors.

I got the idea for this feature in two parts. First, I noticed as I was doing research using sites like IMDB and Wikipedia that one phrase kept cropping up: “One of the few silent era performers to make it into talkies.” I read the phrase in dozens of articles in a row! Now anyone familiar with silent movies and early talkies knows that lots of silent era performers made the jump, albeit sometimes with diminished prestige. This “one of the few” talk may seem like a small issue but it bugged me all the same.

The second part of the idea came when Joey over at The Last Drive In asked me to join her William Castle Blogathon. William Castle, of course, made no silent films but I noticed that he had made quite a few films with actors who had been active in the silents.

Eureka! Why not talk a bit about films that featured former silent actors?

Here are my goals for this new feature:

I plan to keep reviews short and, after a brief review of the overall film, focus on the work of the former silent stars and director. I intend to review films that are either representative of the performer’s sound career or are the most famous sound films that they acted in.

My first after the silents review? Here’s hint:

Actually, this gives the whole game away but enjoy anyway! I will be posting it soon.

Oh, and if you blog, do be sure to sign up for that William Castle blogathon!

8 thoughts on “Announcement of New Feature: After the Silents”

Movies Silently does not upload or host any videos, nor does it offer video files or physical video media for sale or trade. Movies Silently does occasionally embed Youtube links into individual blog posts. These videos were uploaded by individuals with no connection to Movies Silently. Every effort is made to ensure that the source footage for these videos is in the public domain and that they do not make use of copyrighted material, such as a modern soundtracks. However, if you feel that a video makes use of copyrighted material, please contact us. Any further copyright issues must be handled by Youtube.

All image captures on this site were obtained for the purpose of commentary and criticism. All films are the property of their respective copyright holders, where applicable.